Home › Current Affairs › Wrestling with the Ethics of IVF and Sperm Donation.

Wrestling with the Ethics of IVF and Sperm Donation. 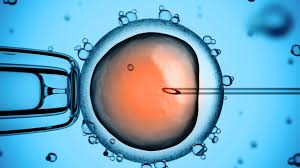 I was recently speaking with a Christian married man who has a family of his own, who was considering, with his wife’s support, becoming a sperm donor through the IVF Australia clinic in Sydney. I have been helping him wrestle through the ethics of coming to that decision. I posed the question as an ethical dilemma on Facebook and had fairly extreme comments on both sides of the argument with a few people asking ultimately what is my opinion. So I did more research with the man in question to get my head fully around the process in order to make an informed decision.

First the facts about the process:

A sperm donor to the IVF Australia Clinic, has to undergo counselling with, in this case, the man’s wife included, to ensure they are aware of the psychological challenges ahead. The man then has to fill out an extensive medical survey of his broader family to ensure there are no genetic disorders that he could potentially pass on to his offspring. He then undergoes a barrage of medical tests to verify his health. Once he has passed all that, he then fills out a directive as to how his donation can be used specifying whether it can be used for a single lady, a lesbian couple, a heterosexual couple or a married couple. He can then donate but can only help a maximum of 4 families. There is protection under NSW law for the donor and he can never be asked for maintenance. He also is anonymous until the children are 18. There is no financial remuneration for giving at all.

I asked the gentlemen in question why he would want to be a sperm donor and he said that several years ago he was reading the Sun Herald and they were reporting on the lack of donors in NSW due to changes in Government legislation that took away donors anonymity. He said he wanted to donate to help childless couples as he has known several couples in his life who couldn’t have children and has seen the incredible pain of not being able to have children.

There are a whole host of potential ethical dilemmas. Firstly is it playing God to be involved in IVF in any way shape or form? Some would say IVF bypasses the will of God and therefore is wrong, but the same comment could be made about any medical procedure and as its not explicitly forbidden in scripture, I think this is a mute point. Ultimately if we believe Psalm 139, no baby is a surprise to God and if God wants no pregnancy for a couple, then he can stop IVF.

I guess if I wanted to really find an issue with the process, then I would say that as the donation is happening, the gentlemen in question would need to keep his thoughts pure.

Some comments on my Facebook thread were around the concern that people had for the child in question. Fair comment. However, if the sperm is going to a heterosexual married couple that desperately want a child and they are prepared to go through the expense and trauma and pain of IVF, then obviously the baby is going to be born into a loving, nurturing family. The gentleman in question is also prepared for the children, when they turn 18 to locate him. This donation is not done in secret from his family, as his wife, current children and parents are all aware of his thinking and are supportive.

Obviously, as a Christian, the donor will of course cover his “ donor children” in prayer.

Some other comments on my Facebook were suggesting that adoption may be a better option for the childless couple. I guess my comments on this is that its just not up to us to make that kind of call on behalf of a couple. Additionally, Melanie and I were in the process of adopting a little girl from China and had spent $15,000 on being approved and 5 years, when we were told it would be another 5 to 7 years. As I would have been 47 at that stage, we pulled out of the program. So adoption is certainly not the “easy” alternative.

I guess there is a bit an issue with the recipient couple looking through some kind of a booklet at potential donors. How do they decide on a donor? Is it level of education they have reached? Is it race? Is it religion? Is it the profession the person is in? Is this shopping for a baby? Does this mean they are actually unethically designing their own babies by choosing a sperm containing a genetic information that they wish their babies to own?

I wonder too what impact this entire process would have on the two couples involved? The donor is obviously married and he has obviously talked it through with his wife. I wonder how she will feel when there are other children born to her husband with another woman. Conversely the recipient couple are going to have a baby that biologically excludes the husband. How does he feel about his wife carrying another man’s baby? These are ethical dilemmas that we are unable to solve or debate out here as they are intensely personal with each couple involved.  It would be interesting from my perspective as a pastor to speak to IVF Australia and ask some of these questions and get the answers from their experience with couples. Not sure they would be too forth coming with the information, but would be some interesting questions.

The biggest ethical dilemma I see in this whole story is what happens to unused created embryos. Now there is an argument out of Leviticus that life is in the blood and so life begins at implantation, whilst others argue that life begins at conception. Pro Life people or those who support abortion, say that life begins at first breath. I certainly don’t believe that. I am somewhere between conception and implanting. I think in an ideal world, all created embryo’s would be used for creating babies. Apparently as I spoke to my potential donor friend, he did say that as part of the paper work, he was able to specify that no embryos were to be used for stem cell research. Overall this ethical dilemma wasn’t entirely satisfied.

Recently I heard about surrogacy in India, where a couple go to India and they can pay an Indian woman $10,000 to have a baby for them. They then adopt the baby and bring it back to Australia. This is not in the same ethical field as sperm donation, as the India concept opens up a whole range of new issues, ie the payment for the baby, the motivation that absolute poverty pays in recruiting the woman etc etc.

I appreciated talking with this guy and hearing his heart and motivation. We did talk through how will his headspace be when he hears via the IVF clinic that there are children of his being raised by another couple. He did confess he is wrestling with the problematic issue of the unused embryos, but was happy at least that he was able to specify that they will not be used as embryonic stem cells. My conclusion and possibly somewhat controversially is that is that I would give my cautious approval to this man being a sperm donor as long as he thought through all the issues raised, prayed for God’s guidance and took his wife with him on the journey. I guess I have walked the long hard road with couples who so desperately want children and who have been unable to conceive:- if IVF helps them experience the God given gift of parenthood and they raise a child in a loving family then that fits with my biblical narrative.