Home › Nowra City Church › What if God was like Scrooge? How would Christmas and Salvation be different?

What if God was like Scrooge? How would Christmas and Salvation be different?

We all know Charles Dickens’s story of Scrooge in A Christmas Carol. Scrooge was the epitome of stinginess: the personification of being a miser when it came to money and generosity. It got me thinking about the Christmas message of a Saviour being born and the high price of our salvation. How different the message of Christmas and Salvation would be if God was like Scrooge? 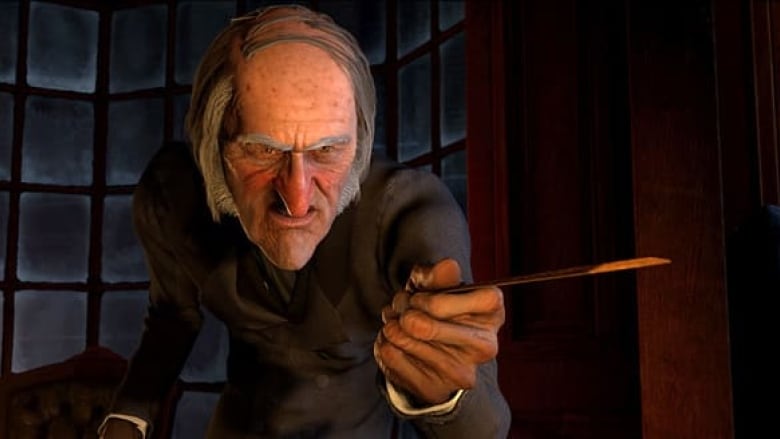 Here are some thoughts on what would change if God was indeed like Scrooge.

1) If God was like Scrooge – there would be no Christmas.

23 “Behold, the virgin shall be with child, and bear a Son, and they shall call His name Immanuel,” which is translated, “God with us

If God was like scrooge do you think he would have wanted to have come down and associate with the sin laden weak humanity. Not likely. Snotty snobs like the rich hob nobs of society don’t want to lower themselves by being seen with commoners. The Scrooge God might have tried to work out some other way of saving humanity but the whole idea of lowering himself to become like those who need to be rescued is not likely

2) If God was like Scrooge the redemption of man would not have taken place as the cost was too high.

7 In Him we have redemption through His blood, the forgiveness of sins, according to the riches of His grace

Acts 20:28
“Be on guard for yourselves and for all the flock, among which the Holy Spirit has made you overseers, to shepherd the church of God which He purchased with His own blood

The cost of redeeming humanity was the blood of the son of God. Ever gone to buy something and then realized that it is just too expensive? If God was like scrooge He would have been the same way. He may want to save humanity but simply sees the price as too high. I mean how precious is the blood of His only son? How expensive is the salvation of humanity?

29 Of how much worse punishment, do you suppose, will he be thought worthy who has trampled the Son of God underfoot, counted the blood of the covenant by which he was sanctified a common thing, and insulted the Spirit of grace?

If God was like scrooge – do you think he would have paid such an expensive price for such a destitute situation? Clearly not. Thankfully God is not like Scrooge and thankfully He willingly paid the price.

3) If God was like Scrooge – and lets just say that He did pay the expensive price of His son to save us – maybe He would have forced us to accept the gift and removed our free will.

Ever given a child a present and they have not understood the value of it and then they play with the wrapping more than the present and you in frustration force them to use the present as you want to feel like you got your money’s worth? I know I have.

If God was like scrooge then that may have happened.

Scrooge would want to make sure He got fair value for the price of His son. So He would have removed free will and forced everyone to accept Christ.

However the minute God does that, is the minute we stop being humans and we start being robots. Free will is one of the great gifts that God gave to man. It’s the big argument against God – why does God allow evil to happen? But if He stepped in and took away our free will then we would no longer be human.

The Christmas story is one of a love story where humanity is courted and wooed by God into a love relationship.

God loves us. And we choose to love God

4) If God was like Scrooge: Salvation would not be for all people

If God was like scrooge then maybe salvation would not have been purchased for all people. Maybe it would have been cheaper to purchase it for just one race. – like the Russians for example.

But God who thankfully is not like Scrooge, actually purchased Salvation for the Whosoevers….

16 For God so loved the world that He gave His only begotten Son, that whosoever believes in Him should not perish but have everlasting life.

5) If God was like scrooge you would have to earn your way in.

Sometimes when I fly I purchase tickets using a Points Plus pay: where you use your Frequent Flyer points and some money. If God was like Scrooge then the system could be Salvation through Jesus Plus works: where you have to shoulder some of the responsibility. Some examples could be

10 For we are His workmanship, created in Christ Jesus for good works, which God prepared beforehand that we should walk in them.

Eternity is a very long time. To purchase salvation for AAAAALLLLLL of eternity is expensive. Maybe it would have been cheaper to purchase a time-share arrangement for salvation. You go to heaven for 10,000 years and then your time is up. You can have another 10,000 years in 5 million years. Until that time you will have to be put to sleep? Or you could go to hell as it cheaper to run than heaven.

Or you go to heaven for 1 million years and then that’s it. The humanity part of heaven could close down.

Thankfully God is not like Scrooge and Eternal life is for eternity.

John 3:16…should not perish but have everlasting life

7) If God was like Scrooge there would be no inheritance

Sometimes when rich people die they leave it to the dog – so no relative benefits from their wealth and their life. So if God was like scrooge then Jesus as our saviour would save us and that’s it.

But thankfully God is not like Scrooge. And there is more to salvation than salvation.

If God was like Scrooge, there would be a waiting period for forgiveness

You become a Christian and then you have to wait for 12 months before you get full forgiveness. If you sin during that period that would be covered but if you have previous sins that need forgiving you will have to wait the full 12 months.

Thankfully God is not like Scrooge and He doesn’t work like that. His forgiveness is instant. The Man on the cross with Jesus was told as he died – This day you will be with me in paradise.

There is no waiting period.

God forgives all our sin the instant we repent of them, and then he throws them into the sea of forgetfulness – where He promises He will remember them no more

God would give up on some people as they are using up too much grace.

And God wouldn’t want to spend grace on people who had addictions as they are using lots of grace.

Thankfully God is not like Scrooge and that is not how He works. All sin is sin and Jesus comes to save any sinner from their sin, John 1:29 Behold the lamb of God that takes away the sin of the world.

Ultimately we need to see that the Christmas story illustrates the extreme generosity of God.

For that we give him praise

Please feel free to share this on Social Media and spread the message of the generosity of our God.