Home › Australian › When Are We Going to Get Outraged About the Number of Aussie Women Killed by the Men Who Used to Love Them????

When Are We Going to Get Outraged About the Number of Aussie Women Killed by the Men Who Used to Love Them???? 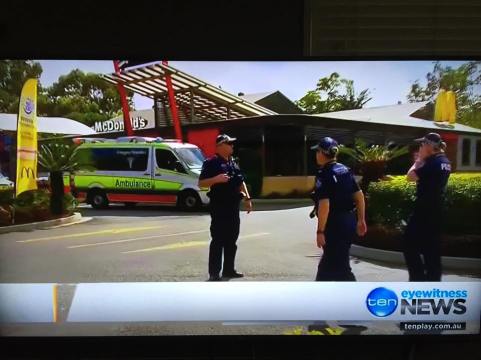 Today (10th September 2015) a man walked into Helensvale McDonalds and shot a woman in the head in front of customers, killing her (See Pic above).The woman was apparently his ex partner.  She had already been shot in the back and had fled into McDonalds to seek help. He then turned the gun on himself and is now fighting for life in Hospital.

This morning a young Gold Coast mum, Tara Brown, died two days after her former partner ran her off the road and beat her (see Pic below).  She had been to the police last week begging for their intervention but had been turned away after being told they could not help her. 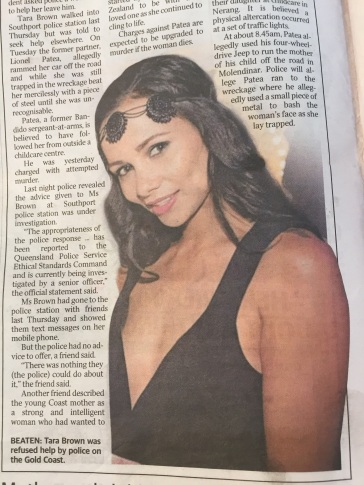 Today the front page of the Courier Mail (see Pic below) carried the story of a man who, high on ICE, bashed his pregnant girlfriend until she became unconscious and then when she came to, he did it again. And get this. He was on a suspended sentence for domestic violence. So what message did the justice system just deliver to the beaten women of Australia. The female magistrate wished him well and set him free. HE WAS SET FREE. When is the justice system of Australia going to start siding with our vulnerable women? There are 2 women a week killed in our nation by the men who used to love them. Ten News tonight reported that Queensland police receive 350 domestic violence related calls for help every single day. This is not ok!!!! Be outraged Australia about the way we are allowing our women to be beaten and killed. The police seem powerless to help and the justice system seems to be a revolving door for offenders that get a slap on the wrist and released. It’s time we got as outraged about this as we did about a little Syrian boy who drowned on a beach in Turkey.

In my world Justice has a colour and its Pink. 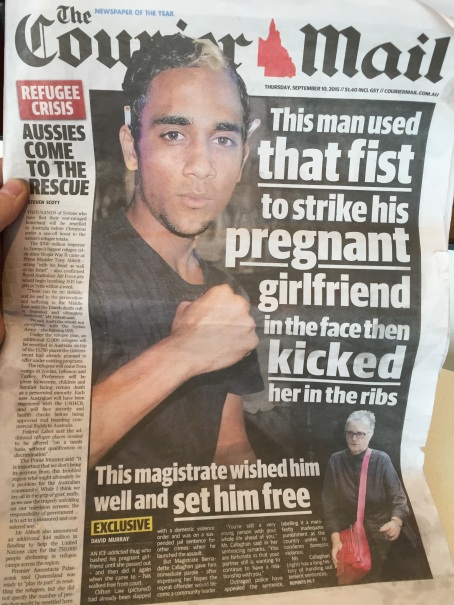 Like Loading...
‹ Peter Pilt on Shemitah, Blood Moons and the End of the World
Peter Pilt’s Strong Opinion on the Federal Liberal Party Leadership Challenge by Malcolm Turnbull ›