Statistics and Information on Suicide for World Suicide Prevention Day 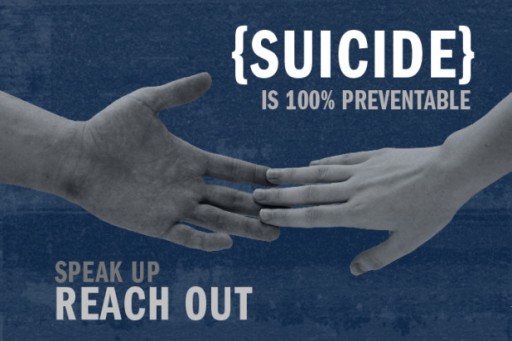 Today is World Suicide Prevention Day. Annually around the world, one million people take their own lives each year. Approximately 2000 Australians die from suicide every year. Men are 4 times more likely to die by suicide than women and they use more violent means generally to end their lives. This Blog is to give some information on the Australian suicide. The Statistics are are couple of years old.

If you are having suicidal thoughts, please contact the Pastoral Team at Nowra City Church on 4421 4602 or these organisations. Don’t go through a hard time alone.

This section contains a brief overview of facts and statistics about suicide in Australia. The main source of Australian data on suicides is the Australian Bureau of Statistics (ABS). They release new data on an annual basis. Unless otherwise stated, the statistics provided in this document are from the ABS publication, Causes of Death, Australia, Suicides 2010 (ABS Cat. No. 3303.0) 1.

Terms that are commonly used when discussing suicide include:

A Note on Interpreting Suicide Facts and Statistics

Suicide statistics are usually reported as either the total number of persons who died by suicide or as an age-standardised suicide rate, such as 7 per 100 000 people. This means that for every 100 000 people in a population or sub-group, seven died by suicide in a given time period (usually a year). Suicide statistics may also be reported as a percentage of deaths from all causes, such as 2% of all deaths in a population were due to suicide. This means that for every 100 deaths in a population in a given time period, two were due to suicide.

Caution should be exercised when reporting and interpreting suicide information. The reliability of suicide statistics are affected by a number of factors including under-reporting, differences in reporting methods across states and territories, and the length of time it takes for Coroners to process deaths that are reported as potential suicides.

How many people die by suicide in Australia?

Is the problem getting worse?

Do rates vary between states?

Are the rates different for males and females?

Do rates vary across age groups?

Is there a youth suicide epidemic?

These pointers are adapted from the Victorian Government’s excellent ‘Youth suicide prevention – the warning signs’.

Like Loading...
‹ The Top 10 Most Outstanding Father’s Day Clips
Things to do to move you from Good to Great. ›