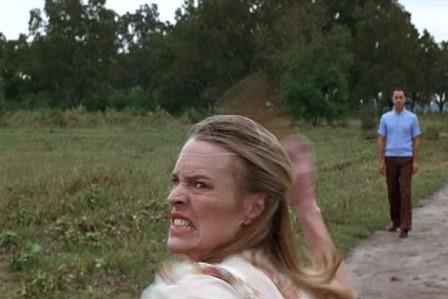 A few years ago I was deeply impacted by a moving scene from the movie Forrest Gump. Gump’s friend Jenny, who had grown up in an abusive home, returns to the now abandoned family home and as she approaches the house she picks up some rocks and furiously hurls them at the house, breaking windows and striking the house…after several throws she flops down into the dirt weeping. Gump narrates as he walks up to give her comfort and says…Sometimes there aren’t enough rocks. 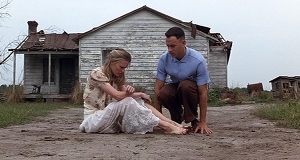 I remember thinking when deep hurts happen to people, there are never enough rocks. The pain, the grief, the anger is never dissipated, is never dealt with and never goes away by the throwing of rocks at the perpetrators of the hurt. Throwing rocks is not a healing exercise. In our humanity we assume that throwing rocks would be so very healing, a soothing balm cascading down the haemorrhaging wound of our slashed heart, bringing relief as the rocks cause others pain. But there never is enough rocks and not only that, the throwing of rocks doesn’t heal anyway.

This is supremely illustrated in a pretty graphic story in the bible. There was a guy called Ahithophel. According to 1 Chronicles 27:33 he was the royal advisor. He lived and served in the time of King David. David actually describes Ahithophel in Psalm 55:12-14 as “my companion, my close friend, with whom I once enjoyed sweet fellowship.”

During this time of friendship and royal advising, King David famously committed adultery with Bathsheba. (2 Samual 11:2-5). What we find out as we read this story is that Bathsheba was the wife of Uriah and also the daughter of Eliam. By cross referencing to 2 Samuel 23:34 we discover that Eliam’s father was Ahithophel. So let’s summarise what has just happened. King David slept with his best mate’s granddaughter and we know ultimately organised for her husband to be killed.

The bible doesn’t unpack the pain around Bathsheba’s family but suffice to say that this period of time within the family would have involved a significant amount of deep pain. Bathsheba has had an affair and is carrying the baby of her lover (which ultimately dies: translation Ahithophel’s great grandson dies), Uriah was killed in battle (organised by the lover of his wife: King David) and the family is in turmoil.

Ahithophel continues to serve in the Kingdom with David.

Well King David’s son Absalom is now leading a rebellion against his father. (2 Samuel 15:6-7) and in verse 12 of the previous reference, Absalom sends for Ahithophel to invite him to be an advisor to the rebellion. This is a position he accepts and it does beg the question, how did Absalom know that the King’s right hand man was ripe for rebellion. It would seem that Ahithophel had not dealt with the hurt of 17 years previous and indeed had not done a particularly good job at hiding his pain.

So in this new role as Advisor to Absalom’s rebellion, Ahithophel’s first piece of advice is for Absalom to go and have sex with all his father’s concubines. (2 Samuel 16:20-23). I find this interesting from the perspective that 17 years earlier David had sexually defiled Ahithophel’s family and now here he is now throwing rocks at David’s house, in a similar fashion. Now not for a minute I am excusing David’s actions. Affairs are deeply painful for all involved and for the broader family but this blog is focussing on dealing with the hurt.

Anyway Absalom follows Ahithophel’s advice and once that has been done, Absalom then asks his team of advisors what next. Ahithophel now empowered by his first little bit of success at rock throwing, goes for the kill rock and asks Absalom for 12,000 men to pursue David and to kill him. Some of the other advisors suggested some things that were less violent and toned down a little. Absalom ignores Ahithophel’s advice.

Have a look at the result.

23Now when Ahithophel saw that his advice was not followed, he saddled a donkey, and arose and went home to his house, to his city. Then he put his household in order, and hanged himself, and died; and he was buried in his father’s tomb.

If you don’t understand the above scripture, look to the Biblical Scholar called Forrest Gump for guidance….The scripture illustrates powerfully “sometimes there aren’t enough rocks”

You know we all get hurt in life. I personally could tell you some stories of where I have been deeply hurt. If I was to be really honest and vulnerable here I would suggest that I am not completely healed of some of those hurts that I have experienced over the years. We are all works in progress. What I have learnt from the wisdom of Gump, the experience of life and the great wisdom of the Word of God, is that there never is enough rocks. Revenge, anger, bitterness are insatiable emotions that only seek to rob you of life.

For me, I love the promise of Luke 4:18 that says Jesus came to heal the broken hearted

18“The Spirit of the LORD is upon Me,
Because He has anointed Me
To preach the gospel to the poor;
He has sent Me to heal the brokenhearted,[a]
To proclaim liberty to the captives
And recovery of sight to the blind,
To set at liberty those who are oppressed;

I also love the verse in Psalm 18:34 that simple says

The Lord is close to the brokenhearted;
he rescues those whose spirits are crushed.

For me there are never enough rocks….but reality is I only need one rock and that is Jesus. Ps 118:22 says that the stone which the builders rejected has become the chief corner stone.

Throw Jesus at your pain…it’s the only way.

Ironically as I am concluding this blog I am listening to the radio and there is a song by Adam Lambert where the main chorus line is My heart is a ghost town: which repeats over and over. When you get deeply hurt, at times your heart and emotions can feel like a ghost town.

If you feel like that: throw Jesus the Rock at your pain.

Like Loading...
‹ A Briefing on Dowry Deaths in India: A Tragedy Perpetrated on Women.
If I Were The Devil, How I Would Sell Hell To Humanity! ›

Tags: Adultery, Ahithophel, Bathsheba, Emotional Pain, How to deal with hurts, I am angry what do I do, I feel hurt because of an affair, Jesus the rock, King David, King David's sin, marital affair, Peter Pilt, Peter Pilt Blogs, Peter Pilt on hurts, Sometimes there arent enough rocks, What do I do with my hurt, What do you do with pain