Home › Current Affairs › A Briefing on Dowry Deaths in India: A Tragedy Perpetrated on Women.

A Briefing on Dowry Deaths in India: A Tragedy Perpetrated on Women. 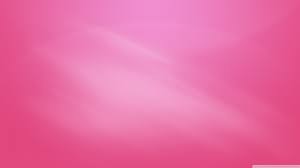 I was preparing a sermon recently that I titled the ‘Pink: The Colour of Justice’. It was centred on the mistreatment of women around the world. The more I have studied and become aware of issues around the world, I am shocked at the way women are treated. From sex slavery to honour killings, to Female Genital Mutilation, to mention just a few of the issues that seem to be systemic injustices toward females. As I was thinking and praying through my sermon I thought we need to have a wider understanding of these injustices as a starting point to change. Also as I was doing research I came across Dowry Killings in India. I had heard this term previously but wasn’t really across it. So I have done some research and thought I would post a short briefing on the topic on my blog site so you too can know what Dowry Killings are. Before I get into that though: a few of my research papers on topics concerning the mistreatment of women around the world can be read by clicking on the following links:

According to the official figures from India’s National Crime Records Bureau some 8,233 young women, many of them new brides, were killed in so-called ‘dowry deaths’ in 2012. This almost equates to one woman murdered every hour in India just for this alone. The number of deaths is marginally less than in 2011, but reflects a broader increase in gender violence. It was hard to find figures more recent than 2012 although I did read an article from The Times of India which said “According to annual crime statistics released by Hyderabad police here in Saturday, dowry deaths and rape cases have gone up…” (Dec 28 2014). According to the Bureau’s latest figures, charges were brought in 94 per cent of the 8,233 dowry death cases, but the conviction rate was just 32 per cent. In cruelty cases, the conviction rate is only 15 per cent. Putting this in real terms….two thirds of men who kill women in India in dowry related murders get away with it. This is not ok. I am focussing here on India, but Dowry Deaths also happen in Pakistan, Bangladesh and Iran.

Quoting from the Telegraph in the UK:

“Although the payment of dowries for marriage is illegal in India, they remain widespread across caste, class and educational divides. In recent years demands have become more insistent and expensive. One of the dowry deaths last year was Pravartika Gupta, who was burned to death in her bedroom as she slept with her one-year-old daughter. She had been threatened by her in-laws because her family could not afford to speed up their schedule of payments. They had agreed to pay £15,000 in cash and buy a Honda City car for their son-in-law’s parents. The in-laws had suddenly demanded that Pravartika’s family also buy them an apartment.”

In another article I read, a father was quoted as saying, about his adult daughter’s birth to a son: “I was worried for her when the first one was a girl,” he said. “A girl will cost your life’s earnings.” Wow. I contrast this comment to the joy that the birth of my two daughters bought to my wife and I. Certainly during the celebrations of Lakeisha and Laura’s births in the birthing suites of Wollongong and Nowra Hospitals respectively, I was not concerned about the financial pressure that these girls would bring to my family once they were married. I have certainly never lamented the non existence of a son in my family and definitely not from a financial perspective. How much does where you are born make all the difference: particularly if you are a girl? And this is a great tragedy.

An Iranian man who reported his 14-year-old daughter missing on August 6, 2010, in Isfahan, was charged with murder today. He confessed to murdering his daughter and burying her body in his yard.
He said, “My daughter was getting old and I had to plan for her marriage. But because of [economical] difficulties, I was not able to provide dowry. It hurt me. I finally concluded that if I kill my daughter then there would be no need for a dowry.

Marrying off daughters to suitable men has come to mean that families frequently have to mortgage their homes, sell personal belongings or perform years of hard labour to pay the dowry demanded by the groom’s family. Even for New Delhi’s urban poor, paying dowry can cost a lifetime of daily wage labour, with no retirement age in sight.

As Mumbai-based legal scholar Flavia Agnes points out, this tendency to consider daughters “paraya dhan,” or “the wealth of another man,” is directly correlated to  higher rates of aborting female foetuses and infanticide. (Indeed, as the costs of dowries have risen, the price of abortions have dropped; they can be had for as little as $40.) It’s also partially responsible for a skewed gender ratio in the country, currently at 940 women to 1,000 men.

Since India has adopted a growing culture of consumerism, it is usual for dowries to include cars, electronic appliances like televisions, refrigerators, music systems—along with the usual demands of cash and property

In a recent report, Condé Nast India president Alex Kuruvilla surmised that the average Indian spends a staggering one-fifth of the wealth accumulated in his lifetime on a son or daughter’s wedding, second only to the investment made in the family home.

The alternative to paying dowry: having an unwed daughter living at home with her parents, which is still seen as a source of shame for many Indian families

Varsha Ramakrishnan, a physician and student at the John Hopkins Bloomberg School of Public Health, began documenting stories of dowry violence on a training stint in India two years ago. “I realized that the female burn wards at the hospital I was working at were always crowded up to maximum capacity, and the male wards nearly empty,” she said. Some of the women Varsha met had been set alight over as little as Rs 5,000—less than $85 American—and suffered burns over 90 percent of their bodies.

“Tragically, a lot of them lied to the police about what happened to them, because their husbands threatened the children. It’s easier in India to kill your wife and marry someone else than it is to pay dowry,” she pointed out.

Despite data that indicates a woman is killed for dowry every hour, India’s high court recently made it even harder for women to report abuse. On July 2, Justices C.K. Prasad and P.C. Ghose of the Supreme Court said the section of the Indian Penal Code that deals with dowry-related and domestic violence was a “weapon for disgruntled wives,” and prone to misuse. Supporting their argument, the judges cited that only 15 percent of 197,762 arrests made under this section resulted in actual conviction last year.

However, cases involving violence against women have a traditionally—and appallingly—low rate of conviction in India. Regardless of class, women routinely face difficulties filing complaints with the police. Poorer women are frequently harassed further at police stations, and most complaints of verbal or physical abuse are treated as an “internal family matter” or dismissed as frivolous. Even in the event that a case on grounds of “cruelty” is registered with the police, these cases are extremely difficult to prove in courts without visible signs of torture. Making matters worse, women often have to continue living with their in-laws even after filing cases against them, coming under tremendous pressure to withdraw the complaint.

I am appalled at so many things from the above article….The fact that complaints are dismissed by police, the fact that it just got harder for women to report abuses and the increasing abortion rates for females. In one article I read it said that Activists estimate 500,000 female foetuses are aborted illegally every year. In the same article, it estimated that 100,000 women had been killed since 2001 due to Dowry Deaths. These are statistics that are just deeply grievous to the human mind. These statistics aren’t numbers, they are people like you and I. Just think about that for a moment. We must stand up to the insidious evil in the world. We all have heard the quote…for evil to prevail its only necessary for good men and women to do nothing….Lets not be people who do nothing.

I must admit I was shocked at a significant number of comments attached to the articles I read from members of the Indian Public that were scathing of the articles saying that women in India are conniving people who manipulate the system to get what they want….and I am putting it in mild terms here. Many of the comments were in and of themselves, abusive toward women. To be a female in India must be very disempowering. And this is before you start to consider females from a lower caste…who are often treated as nothing much above an animal.

The first step to bringing change is knowing about the issues around the world where women are abused, mistreated or disempowered. We are here to change the world.

Pink is the colour of Justice.

Like Loading...
‹ Short Personal Story on the Power of Kindness
“Sometimes There Aren’t Enough Rocks” Wisdom For Those Hurting and Carrying Deep Emotional Pain. ›