Home › Australian › Does The Enormity of Social Justice Problems In The World Paralyse Our Christian Response?

Does The Enormity of Social Justice Problems In The World Paralyse Our Christian Response? 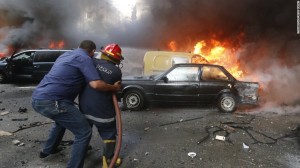 A young police officer was taking his final exam for the police academy. And he comes across this question:
“You are on patrol in the outer city when an explosion occurs in a gas main in a nearby street.
On investigation you find that a large hole has been blown in the footpath and there is an overturned van nearby. Inside the van there is a strong smell of alcohol. Both occupants—a man and a woman—are injured. You recognize the woman as the wife of your Chief of Police, who is at present away in the USA.
A passing motorist stops to offer you assistance and you realize that he is a man who is wanted for armed robbery. Suddenly a man runs out of a nearby house, shouting that his wife is expecting a baby and that the shock of the explosion has made the birth imminent. Another man is crying for help, having been blown in the adjacent canal by the explosion, and he cannot swim.

Describe in a few words what actions you would take.”

The young man thought for a moment, picked up his pen and wrote,

“I would take off my uniform and mingle with the crowd.”

I read this story a few years ago and it made me think of all the social justice issues that are around the world and I asked myself the question: does the enormity of social justice problems I see, cause me to want to take off my ‘Christianity’ and ‘mingle with the crowd?’

Then I was reminded of this very old and well known story. It was used by God to speak to me into this issue of the enormity of the problems and my response:

Once upon a time, there was an old man who used to go to the ocean to do his writing. He had a habit of walking on the beach every morning before he began his work. Early one morning, he was walking along the shore after a big storm had passed and found the vast beach littered with starfish as far as the eye could see, stretching in both directions.

Off in the distance, the old man noticed a small boy approaching.  As the boy walked, he paused every so often and as he grew closer, the man could see that he was occasionally bending down to pick up an object and throw it into the sea.  The boy came closer still and the man called out, “Good morning!  May I ask what it is that you are doing?”

The young boy paused, looked up, and replied “Throwing starfish into the ocean. The tide has washed them up onto the beach and they can’t return to the sea by themselves,” the youth replied. “When the sun gets high, they will die, unless I throw them back into the water.”

The old man replied, “But there must be tens of thousands of starfish on this beach. I’m afraid you won’t really be able to make much of a difference.”

The boy bent down, picked up yet another starfish and threw it as far as he could into the ocean. Then he turned, smiled and said, “It made a difference to that one!”

My conclusion is that if there was enough young boys throwing starfish back into the water, then all the starfish could be saved….and if enough Christians stand for justice issues we can change the world….which is what God asks of us.

Like Loading...
‹ Imagine You Had Unlimited Money to Travel: Here Are 31 Places I Would Love to Visit.
Peter Pilt’s Top Ten Most Popular Blogs So Far in 2015 ›