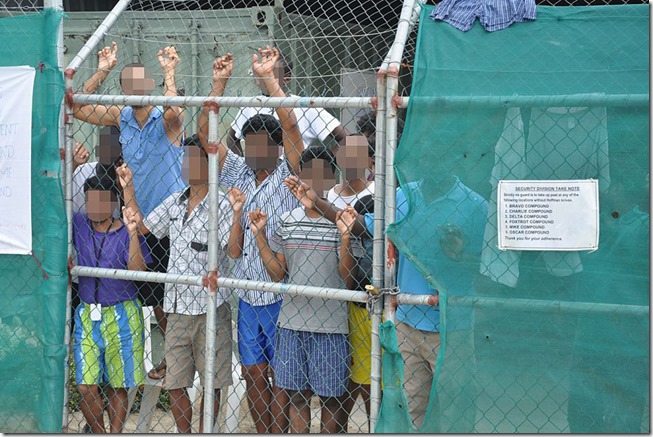 The implication of this decision among other things is:

The SBS website in its commentary of the decision and discussing the Government’s response said:

But the government is wary about the message being sent to people smugglers.

Immigration Minister Peter Dutton was concerned smugglers were channelling a message to potential customers that “Dutton’s a soft touch and you can put women and children on boats and be successful”.

“The line has to be drawn somewhere and it is drawn at our border,” he told parliament.

Here is what I think:

Under the Rudd/Gillard Government some 800 people drowned as Australia’s borders were opened through weak border policies. So we either need to charter ferries from Indonesia for Asylum Seekers or we need policies that close down people smugglers. Having said that though….

For the people who are Asylum Seekers, why don’t we as a nation err on the side of being generous humanitarians? There are enough reports coming out of Manus Island and Nauru that are damming of the conditions that these people are kept in. Additionally their mental health also has to be taken into account and from what I understand – and this doesn’t just come from media reports but from people who are connecting in the first person with Asylum Seekers, the incidence of mental health issues amongst these people is of a significant percentage. Sorry but this is not ok.

We are not a European country that is dealing with hundreds of thousands of refugees: According to the Human Rights Commission Website, there were 1852 people in detention at the end of November 2015. So why can’t we look after these people better? Process them thoroughly, keep Australia safe and only let in genuine Asylum Seekers: but as I  read the stories online, hear personal stories and see the images – aren’t we better than this as a nation?

Come on Australia. Let’s not cower in the fear that terrorists and extremists want us to hide our humanity in. The people in our detention centres are exactly that…..people. People like you and me. Mum and dads, kids, young people who looked at life in Australia and thought it was worth risking everything for a chance to be an Aussie.

But I refuse to trade my basic humanity that looks out for his fellow man, for those issues above.

We are better than this as a nation.