Report on National Others Week 2012

National Others Week (Oct 29-Nov 4 2012) has been a spectacular success, far exceeding our expectations.

It is the outworking of the old saying, that “nothing is as powerful as an idea whose time has come”. Because of all the negative news that pervades our society – violence, corruption, greed and immorality – the idea of taking a week to just be kind to other people obviously hit a “hot button” not only in Australia but in other countries such as England, Chile, New Zealand etc.

From the launch ceremony in Parliament House, Canberra, the momentum grew – we started hearing stories from all corners about plans to hold events for NOW.

Westpac announced they would partner with us, as did Red Cross, Rotary, Lions, Motorama Group and others. Some such as Lend Lease Group indicated they would like to participate, but time and the complexity of their decision-making process prevented them from getting organized in time (Lend Lease is considering it for next year).

Hon Kevin Andrews MP, who spoke at the launch ceremony in Canberra, said he would be delighted to be involved again next year. Qld Premier Campbell Newman, who has wished us well for NOW, has indicated the State Government will be behind it next year, as has Brisbane’s Lord Mayor.

It is impossible to list all the activities undertaken by various church and community groups, and stories are still coming in, but here are a few the Global Care office has received:

• Morwell COC put on a “High Tea” for a young woman with aggressive breast cancer:

• COC Charleville hosted a Lacart morning Tea at the Charleville Hospital appreciate all staff for their contribution to our community; also the Global Care Rain Project gave Gift vouchers for church members to give out. 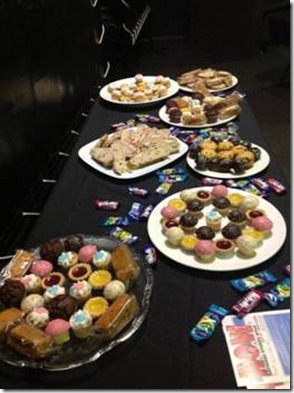 • Mt Isa COC put on a NOW “young at heart” (seniors) afternoon high tea on their new deck, while Ps Keith paid the grocery bill for an old lady in a shopping centre

• COC Bribie went out into the community on Sunday afternoon to gather people to have a free barbecue near the jetty, which had become a meeting place for families during National others Week also Youth and adults on Bribie island cleaning up single mums back and front yards Bribie COC

• In Kinglake, a NOW team chain sawed and split fallen trees for a man still living in caravan since the 2009 black Saturday bush fires

• The Oceania for Christ Office in Coorparoo hosted a BBQ for tenants in their complex, partnering with Stepping Stone Clubhouse, a charity aimed at improving the lives of people with mental illnesses

• Armidale COC reported that a lady took time off work to drive a sick lady to her doctor and paid for both the script and food for her as she had no money.

• Kalgoorlie COC helped a man who hadn’t been able to sleep for over two weeks because of threats to his life – next day his four-year-old son thanked them for “helping his daddy keep the bad people away” and he said he had a good night sleep; the Church provided help for a local school to get tables and gave a car to someone who came looking for a car for work

• Wollongong had a NOW lunch for Foodcare clients and fed more than 70 people with sandwiches, desserts and ice-cream cones for the kids

• Bundaberg had a blood donation drive and sausage sizzle that attracted hundreds; a young lady in the church bought flowers (out of her pocket money) and washed dishes for an old lady having a tough time 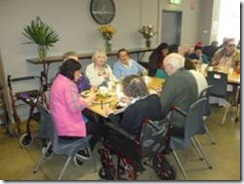 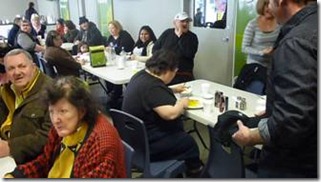 • Wellington COC – saw a young mum struggling with baby and groceries to get into her car – offer of help accepted, one young mum with less stress NOW

· Casey COC Victoria raffled a basket of Nutrimetics and used the money to buy coffee and cakes – letting people know that their orders has been paid for “anonymously” as a random act of kindness; another church member rose her bike 5 km in 30 deg heat to weed an old lady’s garden. This is a photo of NOW being launched at Casey COC

• Nowra City Church had a free BBQ in the local Woolworths car park to bless the community; 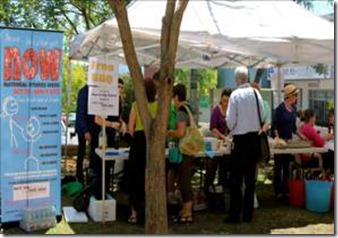 · A young lady in Bundaberg, cooked cupcakes and delivered them to local businesses to bless them 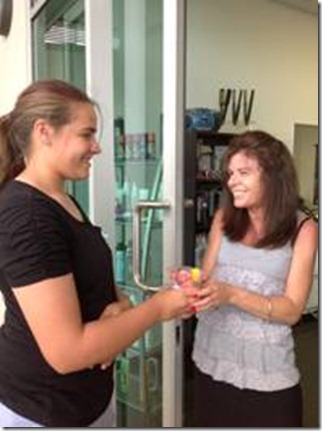 · Charleville COC hosted a Morning Tea at the Local Hospital to show appreciation to the staff.

· Margaret River COC – were very active and linked some of their activities with an anti bullying campaign. There were also able to get some great media on NOW. 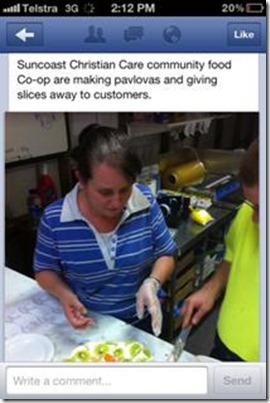 Stories continue to stream in from all over the country, and the Global Care office has been inundated with inquiries about what is planned for NOW next year.

National Others Week has been an unequivocally successful project, from the first Launch function in Canberra to the newspaper stories on NOW projects we have just received.

Next year can be bigger and better – we have shown that local media will happily carry news stories about “random acts of kindness”.

Like Loading...
‹ Essential Steps to Develop a Personal Mission Statement
What if the Christmas Story happened to a 15 year old girl from 2012? How would she tell the story? ›