Home › Current Affairs › A Biblical Mandate for the Opinions of Christians and Leaders to be Injected into the Public Square.

A Biblical Mandate for the Opinions of Christians and Leaders to be Injected into the Public Square. 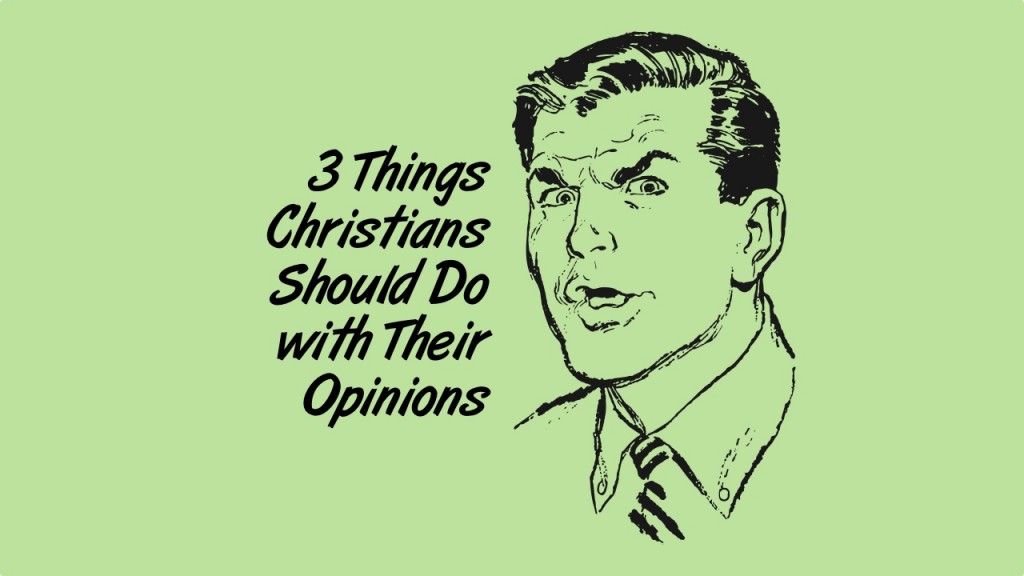 From time to time, as a Christian and Pastor I am told that I should keep my opinions on matters of politics, culture and the social space to myself. That as a Pastor I should just focus on Church issues. I often smile as this generally comes from Christians, although certainly not exclusively.  Here is a passage of scripture and background to the passage that God has used to speak strongly to me, that when my spirit is provoked within me, I must speak up.

16 Now while Paul waited for them at Athens, his spirit was provoked within him when he saw that the city was given over to idols.17 Therefore he reasoned in the synagogue with the Jews and with the Gentile worshipers, and in the marketplace daily with those who happened to be there.

Here is an explanation about the context of that scripture written by a Pastor called Paul Apple.

By this time, the city of Athens was about 600 years old. The birthplace of democracy, Athens was named after Athena, the virgin goddess who was enshrined in the beautiful Parthenon of the Acropolis. Athens was a university city, where in former years students from all over the known world sat at the feet of the great philosophers, Socrates, Plato and Aristotle. Three ideals, “Honour your god,” “Help your friends,” and “Adorn your city,” were held in high esteem by the Athenians. But in 86 B.C., Athens was sacked by the Romans. Most of the beautiful buildings for which Athens was famous were destroyed. By the time of Paul’s visit, the city was vainly trying to regain its former glory. But philosophy and the arts were in decline. Athenians were trying to live in the glories of the past, as many of the formerly great countries of the world are doing today.

As he toured this city of the living dead, Paul’s spirit was “provoked” when he observed the thousands of idols. Historians tell us that there were over 30,000 statues within the city proper. Paul knew that behind the art, the beauty the gold, the silver and the marble was something much more dead

As he toured the city of Athens, Paul had a choice to make. He could sit around and remain provoked, or he could move out in the Spirit and trust God to change the people of this city from worshiping demons to worshiping the Living God. The apostle went into action right away and started dialoguing and reasoning in three different locations. First, he went to the synagogue, which was his custom, and shared from the Scriptures about Jesus the Messiah. When Paul shared about the fact that Jesus died for the sins of mankind, rose again from the dead, and was now available to live in the hearts of all who repented of their sins and believed on him, and then asked, “What do you think of that?” the Jews would kick him out of the synagogue; for them, there wasn’t a lot of excitement about that message.

So then secondly, Paul began to hit the market places every day and reason with whoever he found there.

Then third, Paul went into the porches and the gardens of Athens and picked up on the philosophers, the Epicureans and the Stoics. The Epicureans are the spiritual fathers of all our modern self-help, self-realization groups. The Epicurean philosophy was to avoid pain at all costs. They didn’t even want to think about a God who would judge them for their evil ways, so they crossed all thought of that out of their minds. For them, truth came through experience. Today’s Epicureans agree with that. “If it feels good, do it,” they say “All truth is within me.” That philosophy insinuates itself into the church, too. “I know what the Scripture says, but I’ve had this experience. . .” “Don’t confuse me with the Word. Let’s talk about our experiences.”

The Stoics were pantheists; they covered every base. They were proud, arrogant, independent, and very selfish. They taught that all truth was objective. They observed from a distance everything that happened, refusing to get involved. If they determined objectively, without participating, that something was truth, then it was so. That too has crept into the church: “Yes, that was a good sermon.” “What did it do for you?” “Nothing. I think it was a good sermon, that’s all. Why was it supposed to relate to me. Am I to do something?” These people think if they have to get involved, then it is not a good experiment. To watch it happen is fine, but don’t get involved. All philosophy has been stuck at this point ever since.

So Paul, when his spirit is provoked within him, speaks to three distinct areas of the public square. First he reasoned in the temple, then he spoke to everyday  people at the market place and then he dialogued with the philosophers of the day.

There are two alarming dangers that come out of this scripture being applied to our world in 2016. The first danger is that Christians and leaders  no longer have their spirits provoked within. Secondly that when they do, they have been muted: bullied into silence by the Orwellian thought police that incidentally social media empowers in an unprecedented way.

Anyway that’s what I think.

Like Loading...
‹ I Am Over The Great Sport Of Church Bashing By Christians
This week marks six months of the Turnbull Govt: My Thoughts About That! And They Aint Pretty! ›