Home › Answers to Questions › Ever wondered what happened between Good Friday and Resurrection Sunday? Where did Jesus go and what did He accomplish?

Ever wondered what happened between Good Friday and Resurrection Sunday? Where did Jesus go and what did He accomplish? 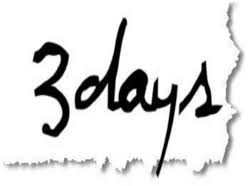 So I am writing this on Easter Saturday. We celebrated the death of Jesus yesterday at our Good Friday services and on Sunday we will celebrate his resurrection . So what happened between Friday and Sunday? Ever Wondered.

Well here is what I see in scripture happened. First a little context.

So Jesus said that Jonah was a type of Jesus.

Most people know the story of Jonah. He was a Minor Prophet in the Old Testament that was told by God to go and preach repentance to the people of Nineveh. Jonah doesn’t want to and so he goes in the opposite direction on a boat. Ultimately he is in a major storm and gets thrown overboard by the crew and is swallowed by a whale.

Some commentators believe that Jonah actually died in the whale. Check out this verse

To the roots of the mountains I sank down;

the earth beneath barred me in forever.

But you brought my life up from the pit,

So after three days he got vomited up on the shore and he goes and preaches to Nineveh and Nineveh repents.

What happened when Jesus died?

He went to the belly of the earth, but what did he do?

He died on the cross, disappeared for three days and then he comes back.

Where did He go and what did He do?

The bible doesn’t say a real lot about what He did do. But it gives us some clues that we can draw conclusions from.

31he, foreseeing this, spoke concerning the resurrection of the Christ, that His soul was not left in Hades, nor did His flesh see corruption.

7But to each one of us grace was given according to the measure of Christ’s gift. 8Therefore He says:
“When He ascended on high,
He led captivity captive,
And gave gifts to men.”[a]

9(Now this, “He ascended”–what does it mean but that He also first[b] descended into the lower parts of the earth?

No 1- He went into Hades

No 2 -He descended into the lower parts of the Earth.

18For Christ also suffered once for sins, the just for the unjust, that He might bring us[a] to God, being put to death in the flesh but made alive by the Spirit, 19by whom also He went and preached to the spirits in prison,

But I don’t believe that you can have a second chance once you die. Thus a problem with the idea that Jesus went down there and preached to the spirits in prison.

I have done some research and want to bring some thoughts to you and bring some clarity to this scripture.

In the English language, there is one word for hell and that is, hell.

In the bible there is 3 words for hell. And only one of them is hell as we understand the term.

The first one is Sheol.Which is used only in the Old Testament.

The second one is Hades.Which is used only in the New Testament.

They are the same place. Just a different language.

Sheol and Hades is a temporary place where people go once they have departed this life. This was pre resurrection of Jesus.

If I go up to the heavens, you are there;

if I make my bed in the sheol, you are there

As a cloud vanishes and is gone,

so he who goes down to sheol does not return.

Hades is defined in the Strong’s Greek Dictionary, as the place of departed souls.

And I tell you that you are Peter, and on this rock I will build my church, and the gates of Hades will not overcome it.

The 3rd hell is a place called Gehenna. It is the ultimate hell. It is the place in Revelations 20 and 21 how at the end of time, when all the judgement has happened, it actually says death and Hades will be cast into Gehenna. Into the lake of fire. Remember that – Hades is thrown into Gehanna.

Our concept of hell, fire and brimstone etc, that is Gehenna.

At the moment Gehenna is empty.Because the judgement of the end of time hasn’t happened yet. It is Hades that we actually deal with right now.

The bible refers to Hades as always being down. In Isaiah it says that therefore the grave enlarges its appetite. It means that Hades can expand to fit more people.

But no one in heaven or on earth or under the earth could open the scroll or even look inside it.

Hades had 2 compartments. It had a compartment where those with no faith in God would go to after they died. And there would be a tormenting. The other compartment is a place they used to call Paradise. Where people were kept in comfort, awaiting the resurrection of Jesus Christ. Here is a scripture that supports this idea.

19“There was a certain rich man who was clothed in purple and fine linen and fared sumptuously every day. 20But there was a certain beggar named Lazarus, full of sores, who was laid at his gate, 21desiring to be fed with the crumbs which fell[a] from the rich man’s table. Moreover the dogs came and licked his sores. 22So it was that the beggar died, and was carried by the angels to Abraham’s bosom. The rich man also died and was buried. 23And being in torments in Hades, he lifted up his eyes and saw Abraham afar off, and Lazarus in his bosom.

24“Then he cried and said, “Father Abraham, have mercy on me, and send Lazarus that he may dip the tip of his finger in water and cool my tongue; for I am tormented in this flame.

Jesus is on the cross and there is a thief who says, “remember me when you come into your kingdom. Jesus says “This day, you will be with me in Paradise.”

39 Then one of the criminals who were hanged blasphemed Him, saying, “If You are the Christ, save Yourself and us.”

40 But the other, answering, rebuked him, saying, “Do you not even fear God, seeing you are under the same condemnation? 41 And we indeed justly, for we receive the due reward of our deeds; but this Man has done nothing wrong.” 42 Then he said to Jesus, “Lord,remember me when You come into Your kingdom.”

43 And Jesus said to him, “Assuredly, I say to you, today you will be with Me in Paradise.”

He was going to the Paradise side of Hades. For a particular purpose.

What happened when He went there?

He went and collected all the righteous souls and took them to heaven. When Noah and Abraham died, they went to Paradise. But when you and I die, the bible says Absent from the body, but present with the Lord. When we go from this life to the next, we go straight to Heaven. We live post resurrection.

The system changed once the resurrection of Jesus happened.

At that moment the curtain of the temple was torn in two from top to bottom. The earth shook and the rocks split.

The tombs broke open and the bodies of many holy people who had died were raised to life.

They came out of the tombs, and after Jesus’ resurrection they went into the holy city and appeared to many people.

Notice that all the saints, the people who died with a faith in God, rose from their grave, POST JESUS’ RESURRECTION.

Now, if you find yourself in Hades, you are in all sorts of trouble. It means you have died without a faith in Jesus Christ. Those people are awaiting the judgement that Revelation talks about.

So what about the scripture that says that Jesus went down and preached to the spirits in prison?

18For Christ also suffered once for sins, the just for the unjust, that He might bring us[a] to God, being put to death in the flesh but made alive by the Spirit, 19by whom also He went and preached to the spirits in prison,

Preached = to make a declaration – according to the Greek definition of the word that is used here.

In 1 Peter 3:18, I believe that Jesus was down there declaring stuff to the devil.

Jesus went down there, emptied the paradise section of Hades, took those guys up to heaven post resurrection and He started to declare some things to the devil.

There is a scripture in Ecclesiastes that says that “Wisdom is found in the house of mourning.” What wisdom?

1. Death is inevitable. Everyone is going to die. People think that if they don’t talk or think about death, somehow they will escape it. You cannot escape death. It is there. You will die.

2. Jesus has provided a way of escape. Every single one of us is going to die. He died so that you and I would be prepared for the inevitable.

3. Death can come as a surprise.I wonder how many people go, “Wow. I’m dead!”

Jesus is our escape plan. He was sent here to earth for us to escape Hades and Gehenna so we would got to an eternity with God. We have got to think through our salvation plan. We’ve got to think that death is inevitable.

Enjoy life, enjoy the ride, but be prepared for any surprises that may come your way.

To me, my eternal salvation is too big a deal to risk waiting until I’m older.

Jesus is our escape plan. He is our Noah’s Ark. Our substitutionary lamb.

Like Loading...
‹ Good Friday Morning News Wrap
Relationship emails between Adam and Eve and God, and God and Jesus ›

Categories: Answers to Questions, Theology, Topics to wrestle with

Tags: Good Friday, Jesus, What happened between the cross and the Throne.