Home › Current Affairs › What if the Christmas Story happened to a 15 year old girl from 2012? How would she tell the story?

What if the Christmas Story happened to a 15 year old girl from 2012? How would she tell the story?

Mary in the Christmas Story was possibly as young as 15 when she found herself the lead character in the story. What if the Christmas story happened now and a 15 year old 2012 Mary was recounting the story? 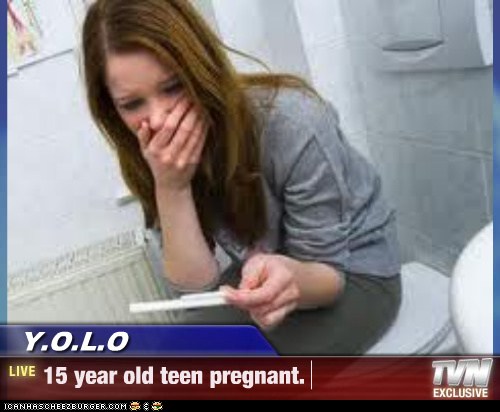 So I met this really hot guy, I mean like hotter than Zayn Malik. And we started dating. He was the first to change his relationship status on Facebook to “In a Relationship”. I was keen as bro. That will show Martha and her friends from school that I don’t have a butt bigger than Kim Kardashian’s. Anyway so his name is Joseph, but I just call him J. So like J and I are going so well and he text me ily and I was like I so love him. He is like Gr8.

Then like I got so depressed cause I missed a couple of periods and then this big angel dude like appears in my bedroom one night and I am like OMG and he says No I am not God and I am like whatever dude, get out of my bedroom. And he tells me I am like preggers and that God is the Father and I am like OMG and this time the angle dude says that’s right. My mum is so going to be bummed at me. Feeling MLIA right now

So I text J and said we need to have a D&M and I was hoping that he would just ROFL when I told him about what the angel dude said, but he just left without saying anything and then changed his relationship status to “It’s Complicated”. Not happy Jan. So I am like text stalking him and then that awkward moment when you text a message to the wrong person and so now my mum’s friend Elizabeth knows I am pregnant. But like she is too, so I went over to her place and watched What to Expect When You are Expecting.

Anyway so J didn’t dump me (smiley face) and one night as we were watching The Vow, like it is so romantic that the guy loves this girl so much, and right at the peak where they reunite and like I am crying, J asks like Will I Marry him?

Btw I said Yes. So we get married and I am like really bummed we couldn’t have a Big Fat Gypsy Wedding theme. We kind of have a weird honeymoon in Bethlehem, (such a dump and no phone signal.) We arrived and there are no motel rooms. Ramada, Novotel on Bethlehem, Intercontinental were all fully booked and I am like about to pop this baby out and eeewwww!!!!!! my waters broke and the concierge of the Intercontinental says that we can stay out the back in the tool shed. I am expecting a lol just jks, but he was serious.

Anyways so we like have the baby in the tool shed and then some farmers turn up saying they have seen the star and have come to worship him. Awkward cause they were treating him like he was some sought of Messiah. (thought they were paps at first). I am thinking, yeah I bet that never happened when Pink gave birth. Ftw.  Named him Emmanual which means God is with us, but will shorten it to Jesus.

Kim Kardashian is a reality tv star with a generous posterior

YOLO – you only live once

Ily- I love you

MLIA – My life is average

ROFL – Roll on the floor laughing

Not Happy Jan – reference to a Yellow Pages Ad

Ftw- For the win

MMT – Made me think