Home › Social Media › STOP THE SPAM!!! THERE IS NO MOVIE CALLED CORPUS CHRISTI ABOUT TO BE RELEASED. THERE NEVER WAS. 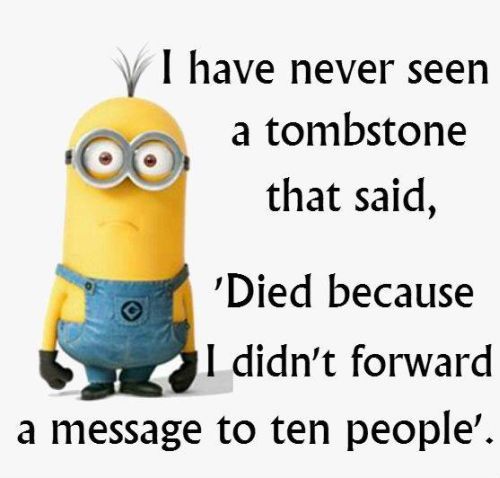 Yes I am yelling the title because I am amazed that this spam message purporting to about a movie that is coming out soon depicting Jesus and his disciples as homosexuals, is still doing the rounds. I am yelling because I am amazed that people act like Lemmings on Social Media without using their brain to actually think about things or research things before blindly forwarding on messages….Personally I am alarmed that Christians seem to be the most gullible of all. Come on Christ followers THINK FOR YOURSELVES!!!!!

I remember back in the mid 90’s this ‘Corpus Christi’ message was making its way around the email spam avenues. But since the invention of Social Media, it is a message that I conservatively estimate I would have received 200 times over the last few years….And every time I implore the sender to check these kind of messages out first before inflicting them on all their Social Media contacts….We do need to remember people that just because a message tells you to ‘hold your finger down and then press send to all contacts’ YOU DON’T ACTUALLY HAVE TO DO IT.

I repeat this mind exploding concept YOU DON’T ACTUALLY HAVE TO DO IT.

My experience is this….if a message is telling you to blindly forward a message to all your contacts:- its 100% false….I am yet to find one that was actually true.

Here is the original message…..and this is particularly manipulative because of the last passionate question….Will God be able to find at least 50 righteous people who are willing to express their concern and voice their opinion against this act of blasphemy. The actual question is Will the author of this spam message be able to find 50 gullible people who will blindly inflict this message on all their Social Media contacts without hesitation?

The movie “Corpus Christi “is due to be released this June to August. It is a disgusting film set to appear in America later this year which depicts Jesus and his disciples as homosexuals! As a play, this has already been in theaters for a while. It’s called “Corpus Christi” which means “The Body of Christ”. It’s a revolting mockery of our Lord. But we Christians can make a difference.That’s why I am sending this e-mail to you. If you do send this around, we just might be able to prevent this film from being shown in Australia, Canada and America etc. Let’s stand for what we believe and stop the mockery of Jesus Christ our Savior. Where do we stand as Christians? I am forwarding this to all I think will respect and appreciate being informed. Please help us prevent such offenses against our Lord. There is no petition to sign, no time limit, or minimum number of people to send this to.It will take you less than 2 minutes!If you are not interested and do not have the 2 minutes it will take to do this, please don’t complain if God does not seem to have time for you. Imagine what would happen if this film were depicting Mohammad in the same way…the Islamic world would be in flames!!. Apparently, some regions in Europe have already successfully banned the film. All we need is a lot of prayer and a lot of E-mails.JUST GET THE WORD OUT!….Will God be able to find at least 50 righteous people who are willing to express their concern and voice their opinion against this act of blasphemy? Boycott it…. spread to all your contacts

I looked at the Urban Myth Fact Checking Page Snopes (which is free people) and they are saying that the fake idea of a Corpus Christi movie started in 1984.

This piece about an upcoming “gay Jesus film” is one of those examples that demonstrates a good petition never goes away, even when the issue it addresses has long since been settled (or was never really an issue in the first place). The “gay Jesus film” petition first hit the fan in 1984, and by the end of 1985 more than a million Christians had written protest letters in an attempt to have the non-existent movie it referenced banned.

Yes, non-existent. There never was such a film in production, but petitions likes these were circulated anyway:

Again it seems to be the Christians that blindly react to information without thinking it through.

Here are two other ‘frustration rant blogs’ that I have written about forwarded messages:

So here is my message to people…..Just don’t forward messages on mass to your Social Media contacts.

If you think that its a really important message….just don’t…..Seven years on Social Media and I am yet to receive an actually accurate and current message.

Hey and if it ends with a passionate plea apparently from God…..then even more so, do not allow that to manipulate you.

Time to end the spam people.

Time to use our brains Christians.

Like Loading...
‹ This Is A Pretty Big Commonwealth Games Stuff Up By The Organisers.
Israel Folau: You Sir Have Committed A Speech Crime….The Message From Australia’s Dictatorship ›