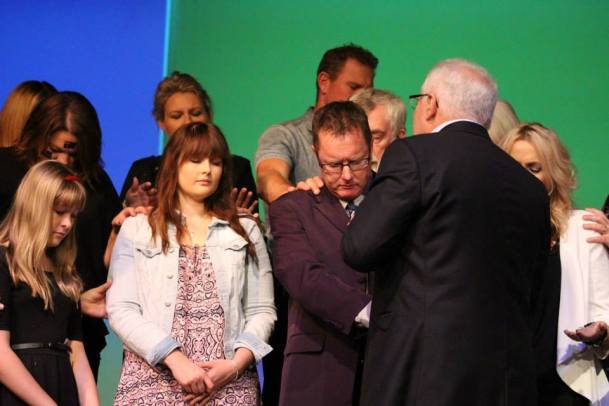 All Churches go through the transition of leadership where the old Senior Pastor leaves and a new Senior Pastor steps into the role. After 26 years on staff of three different churches and having been a credentialed minister within the CRC, ACC (AOG at the time) and INC (formerly COC), and having served a decade on the National Executive of INC, I have seen some really bad transitions, some mediocre transitions and more rarely, some outstanding ones. After 15 years of being the Senior Pastor of Nowra City Church, I felt it was time for a new season for my leadership, a new season for Global Care, which is the position I stepped into, and a new season for Nowra City Church. I was committed to it being a successful and smooth transition.

I had been influenced by Jim Collin’s book Good to Great. He challenged the standard thinking that if an organisation crumbles after the existing leader leaves, then that shows what a great leader he must have been….Collins said that the companies that go from good to great are led by leaders who set the next leader up so that the organisation goes from strength to strength post transition.

No one wins if post transition Nowra CIty Church struggles….except if my ego is warped in some way.

My objective in this process was to set up Nowra City Church to be as healthy as it can be, to make space for the new Pastor, and to do all I can to ensure he has every opportunity for success.

I was quoted a statistic that said that up to 30% of a church will leaving during a transition. That’s alarming. It is early days but Nowra City Church is now 2 months into the new Pastor’s tenure and nearly 4 months since I announced my resignation and to my knowledge not one person has left the church. This is an outstanding result.

Here are some of the points of the process that I embarked on that I believe assisted the successful transition.