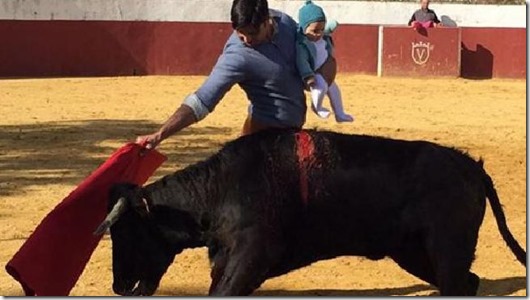 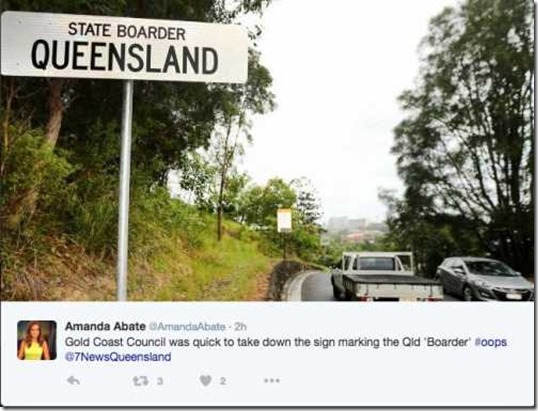 M68!: Morning News Wrap. From around the Globe to your Frontal Lobe. Good Morning. Here is the News:

The two teens boys who died in a fiery crash yesterday in Melbourne were members of an illegal street racing club, were P platers and were doing about 160km/hr when they crashed.

Sydney Rooster star Mitchell Pearce has been stood down from training after simulating a lewd act on a dog on Australia Day.

No bail for Cole Millers accused – one punch killer.

The Smart State – that apparently is Queensland – can’t spell border on their border sign. See Pic.

Michael Jackson is to be played by a white actor in an upcoming movie.

Dow down nearly another 200 points.

Female athletes warned to reconsider going to the Rio Olympics due to the Zika Virus outbreak.

Spanish Matador under fire for fighting a bull while holding a baby. See Pic.

13 killed in three suicide blasts in Nigerian town of Chibok.

A school Principal pushed children out of the way before being killed by a bus in Indiana.

Russian Ruble plunges to record low against the dollar.

Like Loading...
‹ Morning News Wrap for Wednesday 27th January 2016
Today the World was Outraged by the Wrong Thing – The Mitchell Pearce Incident ›