Let’s look at the facts:-

On the 22nd of March 2016, Terrorists with links to IS, conducted attacks in Brussels, killing 34 people and injuring 261.

The world was outraged. Buildings were coloured in the colours of the Belgium flag as a mark of solidarity. (See pic following).  Obama vowed to destroy IS and offered his support to the people of Belgium. The attacks were headline news for several days and even tonight 28th March 2016, two stories related to the Brussels attacks were carried on the Channel 10 News, all before 5:15pm.

On Resurrection Sunday, 27th March 2016, A terrorist with links to the Taliban blew himself up in a park in Lahore, Pakistan, killing 71 and injuring 412 people. The CNN website says that their source say that the terrorist was targeting Christians celebrating Easter. As this attack was carried out in a park and near swings, a large number of the dead and injured are children and mothers. As I looked for the same world outrage as the Brussels’ attack….all I heard was crickets.(Aussie colloquial term for silence). Obama himself didn’t front the media, instead leaving it to a spokesman from the National Security Council. Really Obama???? A few Google searches turns up Malcolm Turnbull’s statement on the Brussels’ attacks but nothing from him on the Lahore attacks.

So I got to thinking why is this? Here are the three answers I came up with:

1) Pakistani people don’t matter as much as Belgium people? I often shake my head at the news that will report 5 people killed on an American highway but don’t even mention the 35 people that were killed in Nepal when a bus fell into a Ravine. I could give you a lot more examples but from someone who writes a summary of the news everyday, trust me, I see the value that the media put on white lives compared to non whites. For the record the Lahore attacks made the 5pm news at 5:42pm just before the sport.

2) They were Christians. These days being a Christian in an increasingly hostile environment, is becoming tougher and tougher. I would hate to think world leaders have not commented simply because of the fact that most of the dead were Christians. Surely I must be wrong.

3) Well it is Easter Monday and being a public holiday and all…..

Whatever the answer is….the contrast in world reaction to the two attacks is immense.

So I chose to stand with the people of Pakistan as they grieve. 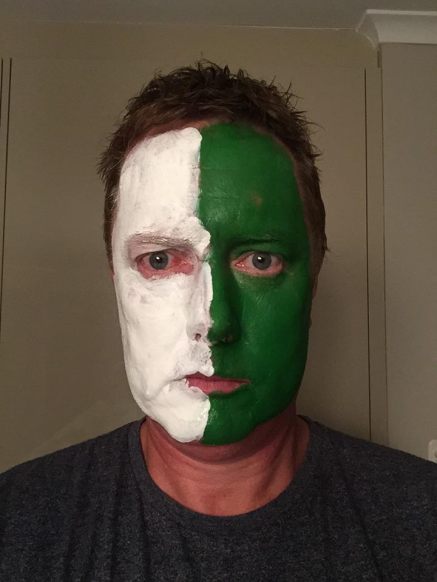 Like Loading...
‹ A Photo Blog: Global Care’s Work in Fiji Post Cyclone Winston.
I Wonder When We Will Start Taking People’s Desperate Cries For Help Seriously? ›

Tags: are whites of more value than non whites, attack in Lahore, Brussels attacks, christians killed in lakhore, Green and white, Obama doesnt make a comment on the lahore attacks, Pakistan, Peter Pilt on terrorism, the pakistani flag, what should i think about the Lahore attacks, where is the world reactions to the Lahore attacks