Home › Australian › In Defence of Australia’s Foreign Aid Budget: What I Really Think.

In Defence of Australia’s Foreign Aid Budget: What I Really Think.

About an hour before the 2017 May Federal Budget speech by Scott Morrison, I posted what I thought was a non controversial opinion on Social Media. Here is the post:

‘I would be disappointed if the leaks are right and tonight’s Federal Budget sees a cut to Australia’s Foreign Aid.’

Well debates and opinions raged with the overwhelming opinion being that we shouldn’t be giving any Foreign Aid and that we should be looking after Aussies in trouble before we ever look after ‘others’. The often quoted quote was ‘Charity begins at home’….Which I have to ask Does it really? Who made this quote and what does it actually mean and how is it not an excuse to be self focussed? Maybe the definition of charity is that it’s others focussed. But I digress.

Some did say they felt that Aid was being squandered by foreign Governments and corrupt organisations.

So I thought I would blog my thoughts and response.

Australia has the 12th largest economy in the world. Yes we have national debt and yes our expenditure exceeds our income. But let’s remind ourselves why. We are in significant debt because the Rudd Government gave away Billions to us Aussies to go and spend on ourselves to stimulate the economy as part of the GFC response.  Howard Government Treasurer Peter Costello paid off the National Debt. Then Kevin Rudd got elected and within 12 months we were $250 billion in Debt due to the Fiscal Stimulus Package, the School Building Education Revolution and the Pink Bats Program. Now we have to pay that debt back and people are in favour of cutting Aid to some of the poorest people in the world because Kevin Rudd gave us money to buy a new Plasma TV. I have a problem with that.

Let me repeat that last thought.

Now we have to pay that debt back and people are in favour of cutting Aid to some of the poorest people in the world because Kevin Rudd gave us money to buy a new Plasma TV.

So are we seriously going to use that as an excuse to cut the budget to help people??????

Apparently we are.  And apparently my Social Media friends are ok with that. Sadly.

Surely though as one of the world’s largest economies, we have a responsibility to help those who through famine, natural disasters, warfare, poverty, sickness, political unrest, racial persecution or religious persecution or simply because they are female, are in deep need. Don’t we? I so should be quoting Amos here who spoke a judgement on the nation of Israel because of systemic injustice in a season of immense prosperity. Apparently, well according to Amos, God expects Justice in the midst of prosperity.

I wonder what Amos would be saying to all the Australians rallying and raging against Foreign Aid.

Anyway going back to ‘Charity begins at home’.

When it comes to helping Aussies let’s examine that for a moment. Australia spends $160 billion on welfare. Let’s unpack that and see if we are looking after our own.

Interesting people were raging on Facebook….we should be helping the aged and veterans…..Well we do to the tune of $70 billion.

Amazing how many people have super strong opinions that are simply uniformed but literally only takes one Google search to find some level of truth. Literally….one Google Search and I had the above figures.

Maybe we enjoy being ignorant and opinionated. Ouch.

In addition to the welfare budget the Australian Government spends $71 billion on Health on one of the best Medical Systems in the world. This includes $11 billion on subsidised medicines and $30 billion on Medical Services and Benefits.

The Government also spends $33.6 billion on Education which is pretty awesome when you consider the education systems and education expenditures of most countries.

I personally think that we look after our own. Now I know people are going to say yeah but what about the homeless. Hey I am the National Director of a Charity, I am more than aware of the homelessness issue. But may I suggest the broader issues are the cause of homelessness including domestic violence (which the Govt  is spending $100 million to combat), Mental Health issues, and substance abuse. It will be interesting in light of the Foreign Aid Budget being cut by $300 million and as a result $370 million being allocated to help combat homelessness, to see where exactly this money will be spent. And through what organisations.

I know I am probably rambling but I am thinking of the Gillard Government back in 2012 when we accepted 12,500 boat people and Australia was outraged….And during the same year, Pakistan whose economy is 138th in the world (let’s remind ourselves that Australia’s economy is 12th in the world), accepted 1.1 million refugees….and took on the financial responsibly that that brings. ( I also admit here that Pakistan is a recipient of Aid).

Now yesterday on Social Media people made what I think is a valid point. Many comments were made about the inefficiency of Foreign Aid. I actually agree with those sentiments. Back in 2009, I was invited to a Community Forum by the then Federal Member for Gilmore Johanna Gash and the then Shadow Minister for Foreign Affairs Julie Bishop. Nowra City Church had just taken up a Justice Offering of $150,000 and I was able to share about that and what we plan to achieve. During a personal conversation after the event, Julie Bishop said that her party understood that they get more bang for their buck if they give Foreign Aid to NGO’s (Non Government Organisations). She actually told me that when the Coalition get into power, they will be using more NGO’s. I have seen no evidence that this has been the case. But I suggest it is the solution to a better use of the Foreign Aid budget.

I have travelled to Israel with World Vision CEO Tim Costello. We specifically went to the West Bank and toured Bethlehem, Ramallah, Hebron and other areas on the West Bank. I saw first hand the impact of Australia’s Aid through World Vision on people suffering. Yep World Vision was accused of funding a terrorist organisation because they work with the Government of the West Bank which is Hamas. I do understand and share the frustration  Aussies feel that the Aid budget is being squandered on corrupt Government or corrupt organisations and I certainly think that the Australian Government could do much better in this area. But this should not be an excuse to cut Aid but rather an incentive to overhaul who Aid is paid to. I personally have been involved in International Aid projects…..Not Foreign Aid but Aid finance by Nowra City Church or Global Care. I think of the $6000 we spent sinking a well for an orphanage in China, or the $18,000 a year we paid to rent a home in Kathmandu for victims of the Child Sex Trade, or the 500 pigs we purchased as part of a Microenterprise program in Vietnam….and I have many more stories. I wonder what Global Care could if the Australian Government were to give the organisation $20 Million of the $3.5 billion Aid Budget.

So that’s all I have to say. I strongly think we need to be generous and help others in the the world, but as we do that….let’s be smart as to where and to whom we give the Aid Money. And let’s demand tangible results.

As a side note….Australian’s have always been known for being generous and fighting for the underdog. After the Boxing Day Tsunami, Australia gave more per capita than any other nation in the world. I was really disappointed at the sentiment expressed in the thread on Social Media that raged against Aussie Generosity last night. Aren’t we generous? Aren’t we better than that? Didn’t we recently celebrated the ANZAC spirit where people sacrificed their life for others….I lament that that spirit seems to be leaving Australian shores.

Also another side note. I couldn’t help but feel that some of the comments were anti Muslim comments. Let’s remind ourselves about the story Jesus told of the good Samaritan…..Jews and Samaritans hated each other but in this story the Samaritan ‘had pity on’ the Jewish victim…and was held up by God himself as an example to others……Oh wait nah it should be ok in God’s eye to hate on Muslims right? or Palestinians? Surely God wants us to be able to choose who we help right?

Ok let’s go a third side note: One of the comments yesterday on my Facebook was this:  ‘Time for them to stop their fighting and take responsibility for their own futures.’ This comment shows an appalling lack of understanding of what puts people into poverty. I think most people in poverty would love to take responsibility for their own futures but for many many reasons they are disempowered, broken and with out a voice.  In Isaiah 1:17 God, through the prophet Isaiah says

Learn to do right; seek justice.
Defend the oppressed.
Take up the cause of the fatherless;
plead the case of the widow.

Is there anywhere in this verse where God is say….hey broken and oppressed people….take responsibility for your own futures……No. Instead God is asking the Christian to fight for Justice.

Something I saw very little of last night on social media…

Justice needs a hero. Australia clearly is saying they are not it.

One of the most influential books that I ever read was this book: 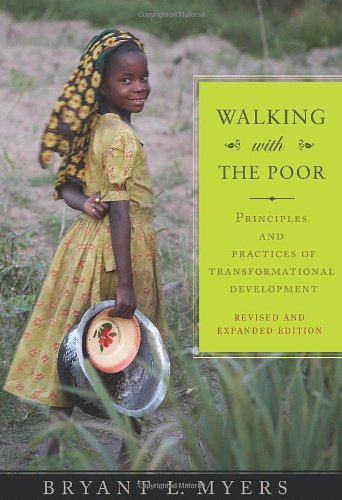 Bryant Myers was the head of World Vision in India for many years and was one of my Professors at Fuller Theological Seminary during my Masters Degree where I specialised in Poverty and Islam….and yeah I slipped that in as a way to say ‘Hey I actually know what I am talking about here’. Well at least I think I do.

And that’s all I have to say on the topic