Home › Australian › Slightly Unusual things I love about Australia and being Australian.

Slightly Unusual things I love about Australia and being Australian. 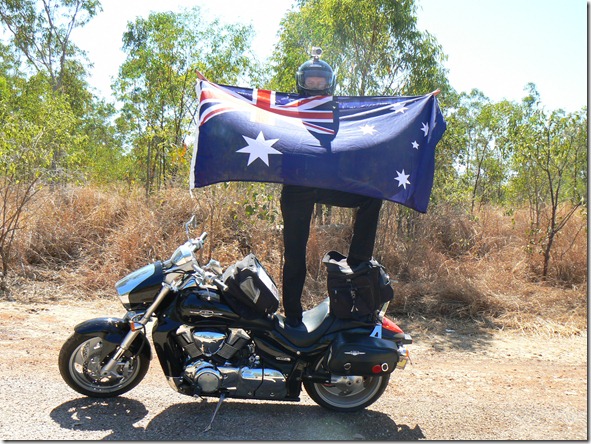 Well it’s Australia Day and I am reflecting on what I love about being an Australian and our Nation in general. Now it’s easy to say I love the landscape, the wildlife and the beaches, but there are some other, maybe slightly unusual things that I think of when I think about my love for the nation.

1) I love the memory of winning the America’s Cup. How good did we think we were as a nation – beating the Americans after 132 years of them being undefeated.

2) How good is Come on Aussie Come on. Still makes me smile and sing along….Lillees pounding down like a maching….

3) How good our hospital system is. People that complain about it, have never travelled overseas and seen what’s on offer there.

4) Our welfare system. Most generous in the world.

5) Hamburgers with the Lot. I could eat them Breakfast, Lunch and Tea.

6) The fact that we always help a mate when he is down. Just look at the way Australians rally when there is a national emergency like the Queensland floods or the Victorian fires.

7) I love how generous we are – After the boxing day Tsunami – Australians gave more per capita than any other nation on earth.

8) Love our sense of humor. The fact that we can laugh at ourselves – Kath and Kim and The Castle are two examples.

9) Love how ad tag lines become our national language and we all know what it means. Not Happy Jan.

11) Our famous Poetry. Love the works of Banjo Paterson and Henry Lawson.

Here is the start of The Bush Christening

On the outer Barcoo where the churches are few,

And men of religion are scanty,

On a road never cross’d ‘cept by folk that are lost,

One Michael Magee had a shanty.

Now this Mike was the dad of a ten-year-old lad,

He was strong as the best, but poor Mike had no rest

For the youngster had never been christened,

And his wife used to cry, “If the darlin’ should die

Saint Peter would not recognise him.”

But by luck he survived till a preacher arrived,

Who agreed straightaway to baptise him.

13) Australians. Our men are tough and our women are beautiful.

14) The fact that secretly we are all proud of the underarm bowl. But yet feign horror at the bad sportsmanship shown toward our Kiwi friends. lol.

15) Love the Gallipoli Spirit and the honor we show all our servicemen and women on ANZAC day.

19) I love how we are perceived overseas. Most people love the Aussies. We have a reputation for being fun loving, but tough. After all, look at all the deadly animals that live amongst us. How tough are we. Lol

20) The fact that two hours from anywhere and you in the middle of nowhere. Love it.

Saw the following on Facebook and have included it here as it sums up some good things too about being Australian.

YOU KNOW YOU’RE AUSTRALIAN IF:
* You’re liable to burst out laughing whenever you hear of Americans “rooting” for something.
* You pronounce Melbourne as ‘Mel-bin’.
* You believe the ‘L’ in the word ‘Australia’ is optional.
* You can translate: ‘Dazza and Shazza played Acca Dacca on the way to Maccas.’
* You believe it makes perfect sense for a nation to decorate its highways with large fibreglass bananas, prawns and sheep.
* You think ‘Woolloomooloo’ is a perfectly reasonable name for a place.
* You’re secretly proud of our killer wildlife.
* You believe it makes sense for a country to have a $1 coin that’s twice as big as its $2 coin.
* You understand that ‘Wagga Wagga’ can be abbreviated to ‘Wagga’ but ‘Woy Woy’ can’t be called ‘Woy’.
* You believe that cooked-down axle grease makes a good breakfast spread. You’ve also squeezed it through Vita Wheats to make little Vegemite worms.
* You believe all famous Kiwis are actually Australian, until they stuff up, at which point they again become Kiwis.
* Beetroot with your Hamburger… Of course.
* You believe that the confectionery known as the Wagon Wheel has become smaller with every passing year.
* You believe that the more you shorten someone’s name the more you like them.
* Whatever your linguistic skills, you find yourself able to order takeaway fluently in every Asian language.
* You understand that ‘excuse me’ can sound rude, While ‘scuse me’ is always polite.
* You know what it’s like to swallow a fly, on occasion via your nose.
* You know it’s not summer until the steering wheel is too hot to handle and a seat belt buckle becomes a pretty good branding iron.
* Your biggest family argument over the summer concerned the rules for beach cricket.
* You shake your head in horror when companies try to market what they call ‘Anzac cookies’.
* You know how to abbreviate every word, all of which usually end in -o: arvo, combo, garbo, kero, metho, milko, muso, rego, servo, smoko, speedo, righto, goodo etc.
* You know that there is a universal place called “woop woop” located in the middle of nowhere…no matter where you actually are.
* You know that none of us actually drink Fosters beer, because it tastes like crap. But we let the world think we do. Because we can.
* You have some time in your life slept with Aeroguard on in the summer. Maybe even as perfume.
* You’ve only ever used the words – tops, ripper, sick, mad, sweet – to mean good.
* You know that the barbecue is a political arena; the person holding the tongs is always the boss and usually a man. And the women make the Salad.
* You say ‘no worries’ quite often, whether you realise it or not.
* You’ve drank your tea/coffee/milo through a Tim Tam.
* You own a Bond’s chesty. In several different colours.
* You know that roo meat tastes pretty good, But not as good as barra. Or a meat pie.
* You know that some people pronounce Australia like “Straya” and that’s ok.

Hope you enjoyed the blog….Got to love Australia.