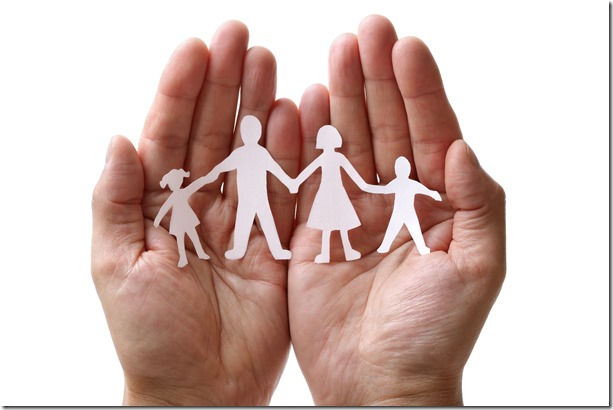 There is perhaps no subject as emotive in our Australian context as is the subject of Domestic Violence. The problem with the term DV is that it conjures an image of male female partnerships, and so the correct term for partner violence is “Intimate Partner Violence” (IPV) which covers the whole spectrum of heterosexual and same sex partnership violence in Australia. However once again, these terms only partially describe the whole context of violence in Australian families, and to cover the gamut of violence within families, the term “Family Violence” is preferred as this describes all violence that occurs within the family. This descriptor is important to note, as it then acknowledges all perpetrators, whether male, female, or child. And it also acknowledges every victim, whether they be female, male, or child. And therefore, the terminology of FV is much better to gain an overall picture of victims and perpetrators of violence within a domestic situation.

Within the framework of terminology, it’s also important to distinguish the difference between Family Violence / Domestic Violence and overall violence in the community or on a global scale. Often when reading articles about DV the statistics start with the stats of overall violence and then superimpose those same statistics onto a Family / Domestic Violence situation. Whether the intention to do this is deliberate, or accidental, is not the purpose of this article – rather I bring it up to show that we have to be careful in the use of terms, and careful in our handling of statistics and not conflate the two. As an example, the statistics of global violence against women, often include violence suffered by women in war / civil war zones. Yet, few if any Australian women, suffer violence within a war / civil war framework, and so these figures need to be handled with care, when talking about the Australian experience of overall violence.

Thirdly it’s important that we avoid sloganeering. While sloganeering can be effective in drawing media and public attention to a social issue, it doesn’t always tell the truth. For instance, a common case of sloganeering from the media – including both mainstream and social media – is that 79 women were killed last year in a domestic violence situation. The number is drawn from Destroy the Joint’s website. Destroy the Joint is an organization that collects the numbers of every woman killed in Australia. Note that it collects the total numbers of woman killed, including those who are killed by other women, by strangers and by other family members, not just those killed in a Domestic Violence framework.

A careful analysis of the Destroy the Joint numbers over a period of years show that women have been killed by police in pursuit of their duties, and that women have been killed by same sex partners, children, siblings, mothers, grandmothers, as well as by males and male partners. Some of the statistics also include women who have gone missing, and are presumed dead. Therefore it’s important that we avoid sloganeering and look at the statistics in a factual manner and carefully distinguish between Family / Domestic violence and overall violence.

The statistics collected within a family violence context also show that a number of non-partner family members were involved in the murder of women. Three women were killed by sons, 2 by daughters, 2 by sisters and another by another female relative. One was accidentally killed by intervening in a fight between husband and son. In another case, an ex-female lover killed a wife, grandson, and seriously wounded the wife’s husband. The facts show that in 2015 – 30 women were killed by a male partner or ex-partner within a family violence situation.

One of the often heard slogans about DV is that women are more likely to be a victim than a male is and therefore we should concentrate on helping female victims, and stopping male perpetrators. It sounds great as a slogan; but the facts show that while yes, the majority of victims are women, a large number of perpetrators are also female, and a large number of victims are male.

Every victim of abuse needs to be helped. And every perpetrator of violence needs to be stopped. The sloganeering of who is at fault also needs to stop. I myself am a survivor of intimate partner violence. The only official help offered to me as a male was to do an anger management course despite the fact that my ex-wife withheld needed medial aids, financial help, was physically, emotionally, mentally and spiritually abusive, had spat on me, threatened to stab me with knives, thrown things and bit me. It’s not good enough, that I as a victim in 2009 rang the NSW Domestic Abuse Hotline run by the department of community services for help and advice to be told by the nice person on the other end…”I am sorry, I don’t believe your wife is abusing you, as only men abuse women!”

Thank You Craig for bringing some balance to the DV discussion. The reality is that any death is desperately sad.

Like Loading...
‹ A Reblog on 31 Definitions on Gender: And I thought there was only male and female. Welcome to 2016.
And Now The Courts of Australia Silently Scream Allahu Akbar. ›